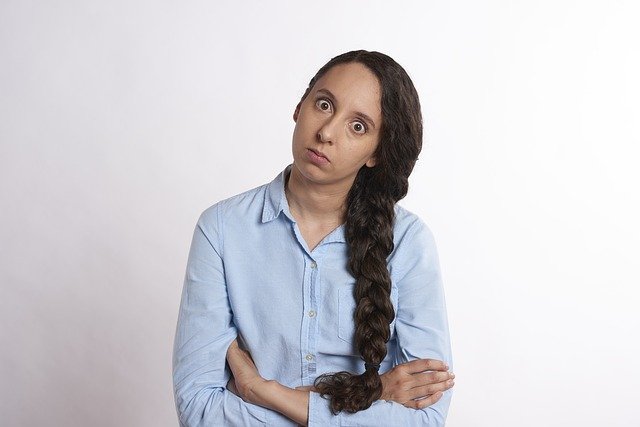 It happens so often, especially when you don’t want it to.

Once again, you’re yelling at your kids.

You hate yelling, and you feel bad afterward, each and every time.

Is there a way to stop it?  A way to do something else instead?  Something that would actually be helpful and not make everyone involved feel bad?

Yelling can become habitual if you don’t recognize it and start doing something else instead.  That’s bad for you and also bad for your children.  Yelling is scary for them, and if they comply with what you’re yelling at them to do (“Get dressed right now!”) they’ll be doing it out of fear.  It might ‘work’ in the short term to get your children to comply, but it does nothing positive for your relationship with them in the long term.

Parenting is a marathon, not a sprint, so thinking long-term about your relationship is more helpful than just wanting something to be effective in the moment.

So what do you do when

You have several options, some to use in the moment, others to work on later.  Today I’ll give you 5 of them.

In Conscious Discipline ™, a curriculum for social emotional management and teaching, this is called the S.T.A.R. method.  It stands for: Smile, Take a breath, And Relax.

*years ago the S stood for STOP and I still like that better.  I don’t know about you, but when I’m upset I sure don’t feel like smiling, but I definitely need to STOP.  Though, by the end of 3 nice deep breaths I often do feel like smiling!*

When you’re upset, frightened or angry you tend to stop breathing normally.  You breathe shallowly or not at all, just when your brain needs oxygen to think and plan.

Stopping to breathe deeply gives you a chance to respond instead of react.  Breathing gives you the opportunity to think, to notice what’s going on, to plan what you want the outcome of the interaction to be.

Placing children in Time-out for disobedience or tantrums is a frequently offered parenting strategy.  (How and whether to use time-out is a discussion for another time.)  Even more effective is to give yourself a time-out.  I prefer calling it a ‘break,’ because if you feel like yelling you clearly need one!

“Mommy is very upset that you haven’t gotten your shoes when I’ve asked you twice to get them so we can go to the store.  I’m so upset, I’m going to take a break and breathe so I can think about what to do.”

Then step out of the room.  Go to another room if it’s safe and take some deep breaths, cry a little if you need to, get a drink of water.  Tell yourself out loud, “I’m safe, I’m breathing, I can handle this” a few times.  Focus on yourself for a few moments so you can regain your composure.

If your child follows you to watch, all the better!  You’re providing a potent teaching model for how they can handle their own upsets!

At a later time, after the difficult moment has passed and been handled, get comfortable and make a list of all the times when you have yelled, or wanted to yell.

Are there patterns for your child?  Are there tasks or activities that they want to avoid, that they’ll only do when you force them to?  That’s helpful information!  You can plan how to help them learn a skill, or teach them how to do something challenging.  Perhaps you’ll decide it’s an activity that’s more important for you than for them, going to the grocery store, for example.  If so, you can plan how to best manage it for you and them.

How about patterns for you?  Are there certain behaviors that are triggers for you, that make you instantly angry every time your child does them?  Some common ones are:

Knowing what your triggers are will tell you whether your child needs to learn a skill or whether the issue lies within you.  If the issue is with YOU, then you need to do something about that, which leads into

Oftentimes, the behaviors that bother you the most are the ones you were told as a child weren’t okay for YOU to do.  Dr. Becky Bailey, who created Conscious Discipline ™ calls these beliefs your individual CD-ROM that plays in your head.  Some of the beliefs on MY CD-ROM are

My mother was one of those people who could get 5 things accomplished while someone else did one thing.  She moved swiftly and surely with no wasted motions.

I move much more slowly, being exact in my movements, but not what you would consider fast.  This was frustrating for my mother, who believed I was intentionally dragging my feet and being ‘lazy.’  She wanted me to move as quickly as she did (when she was in her late 70’s I still had to push myself to keep up with her when we were out walking – she was a fast walker!).

Consequently, I would often get angry with my children when they didn’t do chores as quickly as I ‘thought’ they should.  It was only after I learned to accept that I would never be able to do things as quickly as my mom did, that I could accept that my children would move at their own pace, too.  And that it was okay if they were different than me and what my CD-ROM said they should be.

What are your triggers?  What parts of yourself do you not accept?

Often we’re triggered by a characteristic in our children that we had to deny when we were little.

You can’t change the messages on your CD-ROM, but you can recognize when your CD-ROM is playing and remind yourself that those beliefs aren’t true.

This is a practice I will always recommend.  There are so many benefits to meditation that there isn’t anyone who wouldn’t benefit from a daily practice.  10 deep breaths, 5 minutes of silence, a short guided meditation, take your pick.  Any one of these will help you maintain calm and help you when you’re upset.

It takes some time of doing a regular meditation practice, but it really will help you maintain control in stressful situations – like dealing with unreasonable children.  One myth about meditating is that you have to have a completely clear mind, free of thoughts while you meditate.  Not true!  Thoughts will come over and over.  The key is just to recognize them, and then let them go.  They’re just thoughts.

So there you have it, 5 things you can do instead of yelling at your children.

Which did you find most helpful?

Let me know in the comments!

Be Safe, Be Well!