Warning Your Young Child About Danger Without Trying to Be ‘Psychic’ 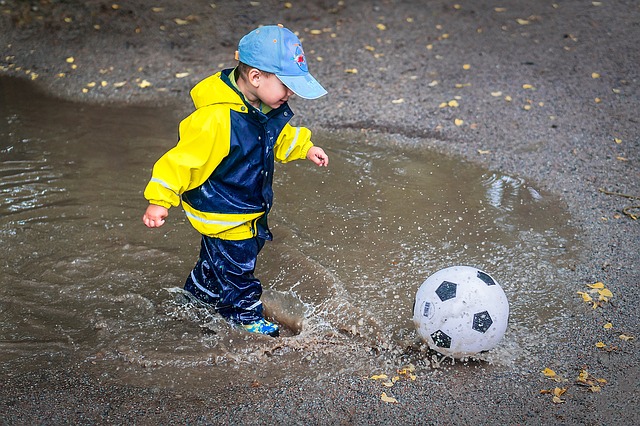 How often do you make a pronouncement to your child as if it were a psychic prediction?

“You’d better climb down or you’ll break your leg!”

“Stop that now or you’ll break it!”

And who could forget Ralphie’s mom in “A Christmas Story” telling him, “You’ll put your eye out!” when he asked for an air rifle for Christmas.

Children only have to be told these warnings a few times before they figure out that these predictions almost never come true.  They climb trees and don’t fall and break their legs.  They use precious items and don’t, in fact, break them.  They figure out pretty quickly that their moms are not psychic (at least in this way).

Don’t you have to warn your child of potential danger?

How do you teach your child about safety when they’re playing or trying to complete tasks that could be dangerous?

When you see your child doing something that could be dangerous or result in them harming themselves, it’s hard not to immediately think, and say, “NO.”  But in the long run it may be a situation where you eventually want them to be competent.

You’re just not sure they can perform that skill right now.

The urge to immediately say ‘no’ is actually your fear that they’ll hurt themselves or someone or something.

But fear and being able to predict the future go poorly together.

How Do You Manage Your Worries and Fears?

So how do you manage your fear AND keep your child safe without telling them that you know the worst will happen unless they stop?

FIRST, talk about what you’re feeling.  That’s honest and true and it’s very hard to argue with what is truthful.

“Seeing you on that ladder makes me scared.  I’m going to help you down so we can figure something safer out.”

“I’m not comfortable with you using that sharp knife.  Let’s trade.  Here’s a different one that I feel better about.’

In the first instance mom was clear that she felt scared and was going to do something to make herself feel better.  Once the child was down they could talk about alternatives (“Do you want to climb?  Let’s go to the park tomorrow and climb there.”)  If she has a child who is going to climb, come hell or high water because their body needs the challenge of climbing, she may have to create places in the home where her child can climb more safely.  I’ve heard of families that build climbing walls in their home (with cushioned mats around it) because it was impossible to stop their children from climbing where it wasn’t safe.

In the case of the child using a sharp knife to cut an apple, it turned out that he was taught to use, and was used to cutting with a small sharp knife in his Montessori classroom, and was able to do so safely.  However, he acquiesced to his mom’s wishes, because she stated her discomfort with it, not her belief that he was going to hurt himself.

What Do You Want to Teach?

After you and your child have created a safer situation, decide what skill it is that you want them to learn.

If they want to perform a skill you think they’re not ready for (cutting with a sharp utensil, using adult tools like hammers and saws) decide how much you’re willing to let them do and begin teaching correct, safe use of the tools.

Can you substitute a desired activity – jumping & climbing – for one that is similar?

By substituting a safer way to satisfy the desire or need for something (movement, challenge, novelty) you’re teaching your child how to get the need met in a way that’s appropriate and safe.  You’re also teaching that the need itself isn’t bad, it just needs to be met in a different way than their first impulse.

When you tell your child ‘no’ and predict dire consequences your child gets the message that their impulses and needs are bad and dangerous.  This is probably not what you want to convey to them.

Instead, when you see a need being expressed in a possibly unsafe way,

That way you’re making a situation less dangerous AND  teaching a skill that your child will need someday.

Until next time, Stay Safe, Be Well,

← Using the Rhythm of the Moon In Your Mothering Journey Ditch Time Out's and Use Something Better, Pt. 1 →